The entrepreneur attempting to make reality of Elon Musk’s Hyperloop dream — an efficient, green replacement to high-speed rail in the form of a capsule barrelling at the speed of sound through a vacuum-sealed tube — foresees a Toronto connection to the Hyperloop.

Hyperloop Transportation Technologies co-founder and chief executive Dirk Ahlborn said it “makes a lot of sense” for Toronto to be included in a Great Lakes Hyperloop network in light of a new feasibility study that concluded a Hyperloop connecting Chicago, Cleveland and Pittsburgh would be a boon to the economy.

“Obviously, Toronto’s a part of the Great Lakes,” Ahlborn told media at a Toronto conference on public-private partnerships. “One of the next steps might be to move up.”

The American feasibility study, conducted over 18 months with input from 80 organizations, is the latest ammunition HyperloopTT has to convince governments and developers to consider its technology before building old-school rail projects. HyperloopTT paid for half and an Ohio agency foot the rest of the bill for the report.

Ahlbron made his pitch in Toronto this week to an audience of infrastructure officials and mega-builders in the throes of discussing how to execute Ontario’s $28.5-billion transit expansion plans.

“Before doing anything they should look at this,” Ahlborn said in his presentation.

The hyperloop aims to create airplane conditions on earth to move a pod through a low pressure, sealed tube. The pods move at up to 1,200 kilometre per hour using a passive magnetic levitation system that’s powered entirely by solar power and regenerative braking.

It will be expensive to build — $20 to $30 million per kilometre, or maybe double that depending on the conditions, Ahlborn said — yet the operating and maintenance costs will be drastically lower than traditional transit systems due to less exposure to the elements and cheaper energy. Hyperloop argues this will reduce transit subsidies.

The Hyperloop doesn’t exist in a real-world application outside its testing centres yet, but Abu Dhabi, UAE, has ordered a commercial system that Ahlborn expects will be built within three years.

“It’s not something that your grandkids might see… it’s happening now,” Ahlborn said.

HyperloopTT is working with insurance company Munich RE to insure the system and needs to work with governments around the world to create safety regulations for an entirely new mode of movement. Rather than try to convince governments to buy the technology, Ahlborn said his company is focused on inbound requests about the technology.

“There are a lot of governments that have stopped at least the high-speed rail projects to take a look at hyperloop and I think it makes a lot of sense,” he said.

Canada has shown interest. Earlier this year, Transport Canada commissioned a study on Hyperloop technology, including the feasibility of a route between Toronto and Montreal. Results are expected in early 2020.

That said, spokespeople at Ontario’s Ministry of Transportation and Metrolinx, the Crown agency responsible for transit plans in Ontario’s Golden Horseshoe region, don’t appear to be seriously considering Hyperloop technology as they get started on the $28.5-billion plan.

Metrolinx is in the early stages of designing four different subway lines and GO Train expansion. Four consortia have come together to put forth bids, and it’s not yet clear what type of technologies they will pitch.

Share on FacebookShare on TwitterShare on Linkedin
Tags: co-founder Hyperloop 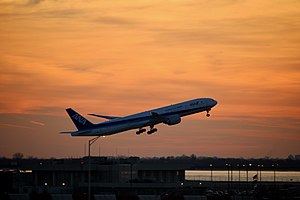